Three-phase power transformers - manufacture and sale up to 100kVA 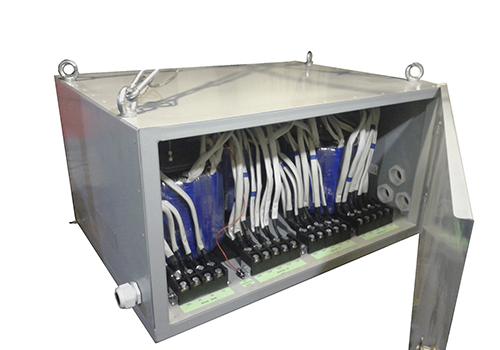 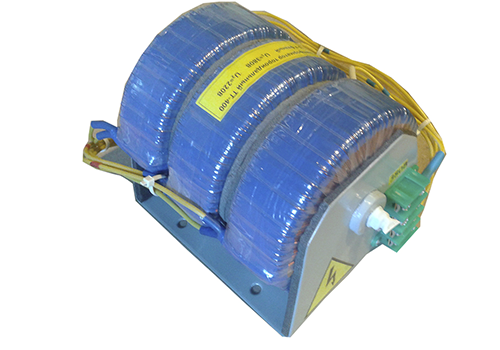 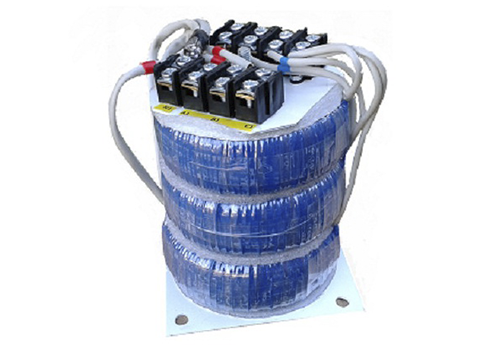 Three-phase transformers are used in the home and electrical industry to change the values of three-phase voltage and current. A three-phase network is the most common way to generate, transmit and use electricity.

There are several types of connection for three-phase transformers in which the values of currents and voltages are calculated in different ways. 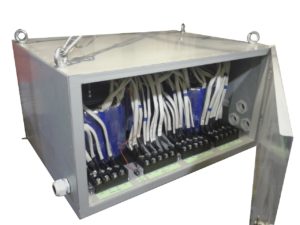 We manufacture three-phase toroidal transformers (an annular magnetic core made of high-quality transformer steel, on which windings from a copper enamel wire are wound in a row). Three phase transformer is a block of three single-phase transformers assembled on one structure. This design has a number of advantages:

Attention! We manufacture transformers both element-wise (a set of single-phase transformers), and in a constructive and in a metal case.

Different results in terms of voltage and current at the output are achieved using different connection schemes. The windings of the individual phases of a three-phase transformer, both primary and secondary, can be interconnected both by a triangle or a star, or one by a triangle, the other by a star. In the first case, transformers are obtained with the same winding connection, in the second - with a mixed connection. When connecting the windings with a star, it is necessary to tie either all the ends of the windings or all the beginnings. When connecting with a triangle, it is necessary to tie the beginning of one winding to the end of another, etc.

It is easy to make sure that with such a connection of the windings, the magnetic fluxes will add up correctly. The secondary windings are connected to each other in exactly the same way as when transforming with three single-phase transformers, that is, so that they give a symmetrical three-phase system.
It should be noted that three-phase transformers are usually built for any specific connection of the primary and secondary windings, and therefore their operation with a different connection will flow abnormally. If, for example, for a transformer that normally operates with a star-connected primary winding, switch this winding to a delta, then with a constant mains voltage, the magnetic flux of each phase will increase by 31\2 times, since the phase will be supplied with line voltage.

With such a significant increase in flux, the resistance of the magnetic circuit will noticeably increase (due to an increase in its saturation) and the strength of the magnetizing current will increase. With the flux, the losses for hysteresis and for Foucault currents also increase, as a result of which the iron of the core will quickly heat up. In such conditions, the operation of the transformer is possible only at reduced load. If the windings designed for a delta connection are connected by a star, then under normal load a current will flow through the winding in Z1\2times more than in a triangle connection, due to which it can become excessively hot. When replacing the connection of the windings with a star with an equivalent delta connection, it is necessary to increase the resistance of the star by three times and the phase current by 31\2once.