5 types of equipment that generate the most harmonics

They differ from older devices in that the traditional step-down transformer and rectifier are replaced by a direct controlled power supply rectifier to charge the storage capacitor, from which the required constant current is obtained in a method that matches the output voltage and required current.

Advantage for the equipment manufacturer is that its size, cost and weight are significantly reduced, and the power unit can be made in almost any required form factor.

Disadvantage - for everyone else - is that instead of receiving continuous current from the power supply, the power supply consumes current pulses that contain a large amount of third and higher harmonics and significant high-frequency components.

A simple filter is installed at the power input to bypass high frequency components from line and neutral to ground, but this does not affect the harmonic currents that return to the power supply.
For high power units, there has been a recent trend towards so-called power factor corrected inputs. The goal is to make the power supply load look like a resistive load so that the input current appears sinusoidal and in-phase with the applied voltage. This is achieved by injecting the input current in the form of a high frequency triangular signal, which is averaged by the input filter into a sine wave.

This additional level of complexity is not yet suitable for low-cost devices that make up the bulk of the load in commercial and industrial installations. 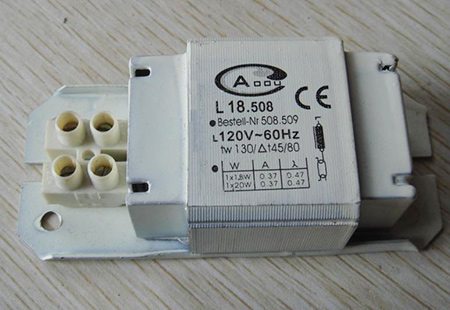 Electronic lighting ballasts have become popular in recent years as their efficiency has increased. In general, they are only slightly more efficient than the best magnetic ballasts, and in fact most of the gain is due to the tube being more efficient at high frequencies than the electronic ballast itself. the fact that the inverter generates both harmonics in the supply current and electrical noise. Power factor corrected options are becoming available that reduce harmonic problems, but they cost significantly more.

Magnetic ballasts also generate harmonics, but the levels are generally lower than those of electronic components. They often include a power factor correction capacitor that acts as a low impedance shunt for harmonic currents. Consequently, the level of distortion that propagates into the distribution system is lower and fewer problems arise. 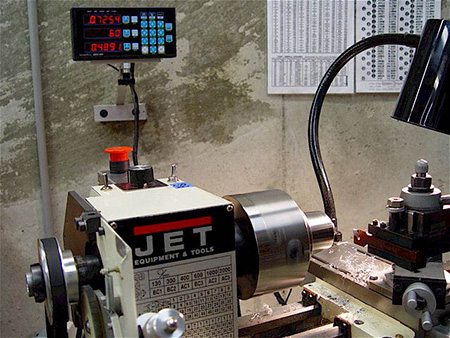 Variable speed controllers for DC motors are usually based on a three-phase bridge, which is also used in DC transmission lines and uninterruptible power supplies. It is also known as a six-pulse bridge because the DC output has six pulses per cycle (one half cycle per phase).

The current is described with the equation:

Therefore, the bridge will produce harmonics of the order: n = 6k ± 1, where k is an integer. The magnitude of each harmonic current will be: In = I1 / n, where I1 is the 50 Hz component.

These equations are only valid when the source impedance is low and the supply voltage is a pure sine wave. In theory, the controller produces 30% total harmonic currents distributed as follows:

In practice, DC motors have a finite inductance, so a ripple of 300 Hz occurs on DC (i.e. six times the supply frequency). This changes the harmonic profile of the supply current, and fifth harmonic currents up to 50% cases are encountered in some motors.

There is a trend towards using lower inductance motors to keep costs down, but this can be a false economy; higher harmonic levels are more difficult to work with and harmonic filters may not be effective.

The magnitude of harmonics 5, 6 is significantly reduced due to the use of a twelve-pulse bridge. These are actually two six-pulse bridges, powered by a star and a delta of the transformer windings, providing a phase shift of 30 degrees between them. The fifth and seventh harmonics are theoretically removed, but in practice they are only reduced by a factor of 20-50. The higher harmonics remain unchanged, reducing the total harmonic current to about 12%, again assuming zero source impedance. Not only is the total harmonic current reduced, but those that remain are of a higher order, which greatly simplifies the design of the filter. A further increase in the number of pulses to 24, achieved by using two parallel 12-pulse units with a phase shift of 15 degrees, reduces the total harmonic current to about 4.5%. Of course, the added complexity adds to the cost, so this type of controller will only be used when needed to comply with electricity supplier restrictions.

Of course, since the distorted current flows through the source impedance, voltage distortion occurs.

Speed controllers for AC motors use similar converters to generate DC current and then an inverter to generate AC at the required frequency for the drive. In addition to the harmonics expected for the drive, other current components are generated that are related to the operating speed of the drive.

These components are referred to, somewhat confusingly, as interharmonic or non-integer harmonics, but they are more like the sidebands found in any modulation process.
The harmonic current profile depends on the precise design of the inverter and inverter. Due to the large size of this type of storage, local filtering is usually provided, but the filter design for these systems is often very complex. 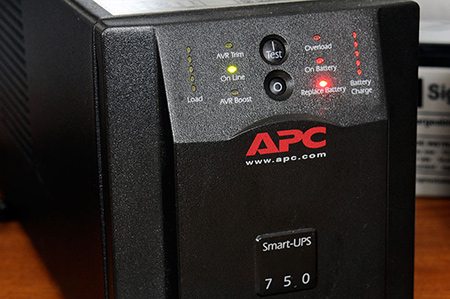 Uninterruptible power supplies are available in many different forms depending on how the power conversion is achieved and how the external to internal power supply is switched. Most units up to a few MVA use solid-state inverters (called static) to generate power output, very large units use motor-generators (rotating).

Since the entire power supply is converted twice, this type of UPS is relatively inefficient and only used for small units.

Standalone UPS.
A stand-alone UPS supplies the load from utility power when it is available. The inverter / converter is usually inactive until a failure occurs when the battery supplies power to the inverter, which converts the DC power back into AC power for the load.

The disadvantage is that the time it takes to transfer from AC to battery can be a problem for some sensitive devices such as computers and servers.

Combined UPS.
The linear-stand-alone UPS combines the characteristics of both of the above. The inverter in this design has a dual function. During normal operation, it keeps the battery fully charged. When a power failure is detected, the inverter is disconnected from the power source and battery power is supplied through the inverter to the load.

Like a stand-alone UPS, stand-alone technology is effective because power is usually drawn directly from the line. Heat and voltages are kept to a minimum as the line-interactive UPS only provides additional power to compensate for the mains voltage drop across the output transformer. Like a linear UPS, it also provides continuous power.

However, the combination UPS does not provide the complete line-to-load isolation offered by the linear UPS.
The UPS input converter is very similar to the frequency converter described above and results in similar harmonic distortion.

During normal operation, stand-alone and in-line designs draw relatively low input current only to maintain battery charge, but the design of the installation must take into account the effect of the full load current that will flow upon recovery from disconnection.

The UPS output load invariably consists of IT equipment and is therefore non-linear and rich in low-order harmonics. Output transformer The UPS must be of adequate power rating to cope with excess heat that may occur.

In three-phase systems, "triple N" harmonics (that is, harmonics that are odd and multiples of three) add neutral. All neutral conductors inside the UPS and in the rest of the distribution circuit must be rated for these higher currents, which may approach twice the phase current.

A third harmonic filter on the UPS output is desirable, but very large and expensive components are often required.
When using a UPS, care must be taken that the true nature of the load is understood and properly communicated to the supplier.

5. Devices with a magnetic core 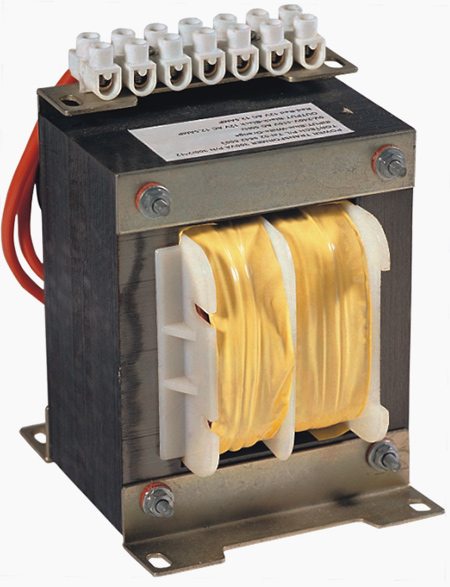 The relationship between the magnetizing current and the resulting flux density in a magnetic core inductor is inherently non-linear. If the current waveform is limited to sinusoidal, that is, the series resistance in the circuit is high, then the magnetic field will contain harmonics.

This is called forced magnetization. If the voltage across the coil is sinusoidal, that is, the series resistance is low, the flux density will also be sinusoidal, but the current will contain harmonics - this is free magnetization.
Transformers typically introduce a small voltage distortion, around 1.5%, into the output signal.

The main remedy for dealing with the above problems is an isolation transformer.