Calculation of a network transformer for a power supply

In linear power supplies, as a rule, the main element is a mains transformer, usually a step-down transformer, which reduces the mains voltage to the required value. How to calculate it correctly (choose a magnetic core, calculate the diameter of the winding wire, the number of turns in the windings, etc.) will be discussed in the proposed article.

How to choose a magnetic core

By design, magnetic circuits for network transformers are divided into armored, rod and toroidal, and according to the manufacturing technology - into lamellar (Fig. 1) and tape (Fig. 2). Figures 1 and 2 indicate magnetic circuits: a) - armored, b) - rod, c) - toroidal.

As an example, we will choose a rod tape magnetic circuit. Such magnetic cores are made of the following types: PL - rod tape; PLV - rod tape of the smallest mass; PLM - rod tape with reduced copper consumption; PL R - core tape of the lowest cost. In fig. 3 shows the designations of the overall dimensions of the magnetic circuit: A - width; H - height; a is the thickness of the rod; b is the width of the tape; c - window width; h - window height; h1 is the height of the yoke. The core magnetic circuits have been assigned an abbreviated designation, for example PL8x 12.5x 16 where PL is the U-shaped tape, 8 is the thickness of the rod, 12.5 is the width of the tape, 16 is the height of the window. The dimensions of the PL and PLR magnetic cores are given in table. 1 and 2.

Options for placing coils on a magnetic circuit

The various options for the arrangement of the coils on the rods of the magnetic circuit are comparable in one of the main parameters of the transformers - the leakage inductance, which we calculate by the formula:

where uO = 4l * 107H / m - magnetic constant; w, is the number of turns of the primary winding; vsr.ob. — average length of a turn of windings, cm; b is the thickness of the windings, cm; h is the height of the winding, cm. This formula is obtained under the condition that the windings are cylindrical, not sectioned and arranged concentrically. Winding connection diagrams for all variants are shown in Fig. 4.
We will carry out comparative calculations for a transformer on a magnetic circuit PL 10 × 12.5 × 40, which has one primary and one secondary winding. In order for all the design options to be in the same conditions, we take the thickness of the windings b = = c / 4 and the number of turns of the primary winding w, = 1000. 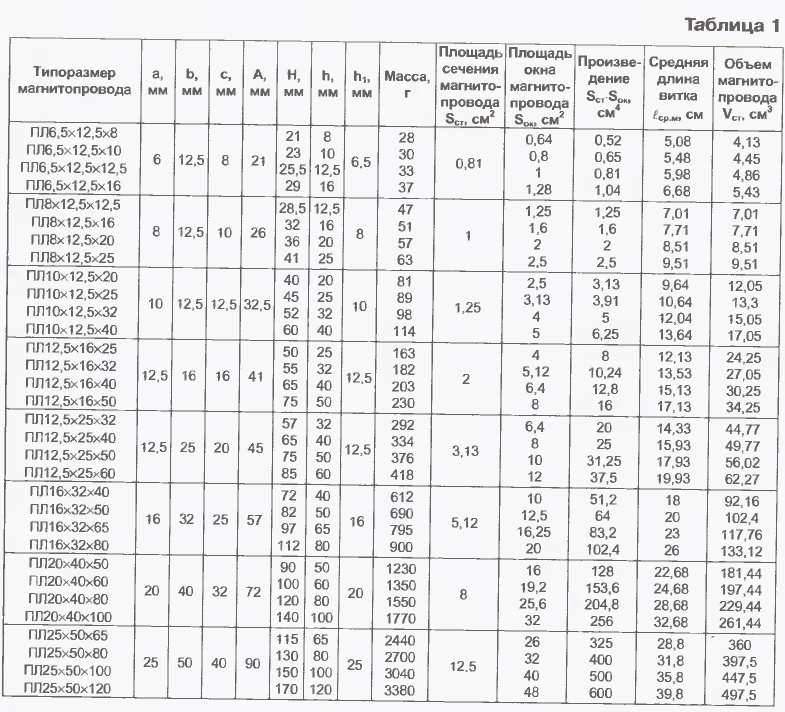 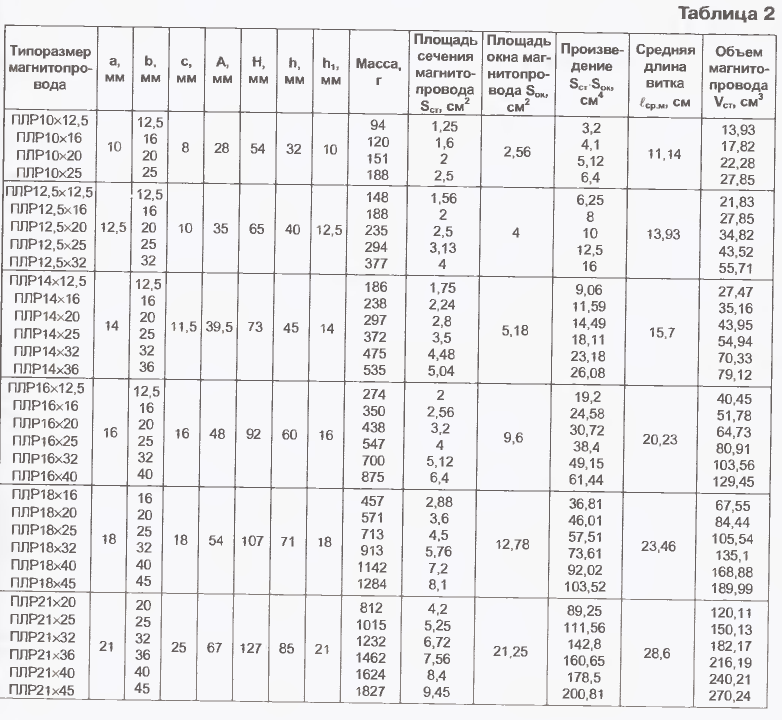 The need to comply with the rules for connecting windings and semi-windings is a disadvantage of the second and third options. In addition, in the third version, the total magnetic flux from the primary winding is twice as large as compared to others, which can lead to saturation of the magnetic circuit and, as a consequence, to distortion of the sinusoidal voltage waveform. Therefore, the third option for turning on the windings in practice should be applied carefully. In the fourth version, the primary winding is completely located on one core of the magnetic circuit, and the secondary - on the other (Fig. 4, e). The drawing of the coils is shown in Fig. 8 Since the windings are not concentric, we use the formula to calculate the leakage inductance:

Analyzing the results obtained, the following conclusions can be drawn:
1. The leakage inductance is minimal in the second and third variants of the winding arrangement and is in the following ratio LS4 >> LS1> LS2 = LS3.
2 Transformers of the third version have two identical primary windings, therefore they are heavier, more laborious and expensive than in the second version.
Therefore, in the manufacture of low-power transformers, it is necessary to choose the connection scheme and the arrangement of the windings, considered in the second option. The secondary half-windings can be connected in series if a higher output voltage is required, and in parallel if a higher output current is required. 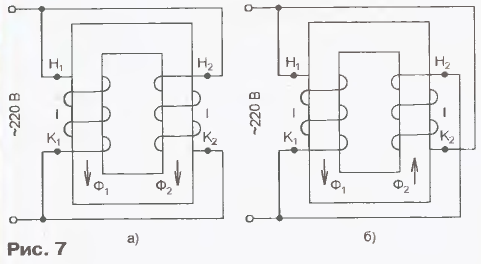 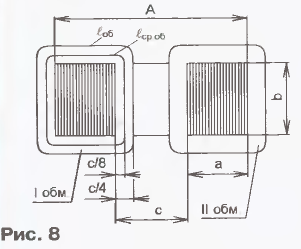