Transformer technologies are striding forward by leaps and bounds. At the same time, as transformers become more economical, cheaper, more technologically advanced in manufacturing and installation, the problem of compatibility of a transformer with a modern network comes to the fore. With a network that is overflowing with various electronic power and impulse devices. Devices of unknown quality and origin. Devices, where it is not clear how, implemented a filter system. As a result, a step forward in development turns into two steps back. Therefore, it is necessary to understand new problems associated with new high-tech loads; and understanding how they can affect the operation of the transformer.

Evaluating fundamental faults and examining harmonics provides practical experience to understand why harmonics destroy transformers. New technologies for the production and operation of transformers include understanding new problems associated with new types of loads; and understanding how these types of loads can affect the life of a transformer.
Examples of new loads that are very widely used in recent years: variable speed drives and / or electronic ballasts; assembly of equipment for data processing in offices, industrial facilities and institutions. The design and installation of this equipment must take into account the interference, parasitic currents and harmonics that they "send" into the network.
Considerable research has been carried out and many publications have been published concerning the effects of harmonics on transformers. Although harmonics can be associated with overloading neutral conductors and cause false tripping of circuit breakers, here we will focus on the effect of harmonics on transformers.

Harmonics
Some loads cause a disproportionate change in current versus voltage during each half cycle. These loads are classified as non-linear loads, and the current and voltage have a non-sinusoidal waveform containing distortion. As a result, the 50 Hz waveform has many additional frequencies that are superimposed on it, creating many frequencies within the 50 Hz sine wave. Several frequencies are harmonics of the fundamental frequency.
Examples of non-linear loads are uninterruptible power supplies (UPS), variable speed drives, battery chargers, electronic ballasts, frequency converters, and switched mode power supplies (commonly used in computers and other data processing equipment).

Equipment designed to operate at a fundamental frequency of 50 Hz is susceptible to unsatisfactory performance and sometimes malfunction when exposed to voltages and currents that contain significant harmonic frequency elements. Very often, the operation of electrical equipment may seem normal, but under a certain combination of conditions, the effect of harmonics increases, which leads to disastrous results. 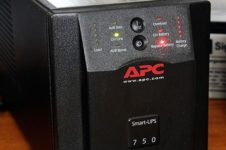 As discussed earlier, changes to the system that will lead to potential failure due to harmonics may include the installation of frequency converters (thyristor and power transistors IGBT), electronic ballasts, capacitors for improving the power factor, arc furnaces, powerful electric motors.

As indicated above, eddy current losses increase as the square of the current in the conductor and the square of its frequency; hence, with higher and higher harmonics, this heating increases even more.
When we consider a transformer, we consider that the high and low voltage windings are wound around a solid iron core; but if we look more closely, we see that the "hard" iron core consists of a stack of thin steel plates, usually silicon steel, and these thin plates are insulated from each other with an insulating coating that is applied to both sides. The purpose of the insulation of the plates (batch) is to limit their heating by eddy currents during normal operation.
Even without taking into account the increased heating at higher harmonic frequencies, the heating losses that occur in the iron of the core, due to the deterioration of the insulation, lead to premature failure of the transformer.

For example, we have an eddy current value of 10 A. The insulating layer, as a result of improper operation of the transformer, between the lamellas of the core is damaged and damaged to such an extent that all sections of the core are in contact with each other. As a result, the total heating effect increases from 5 W to 50 W, or 900% - an increase in heating.
This increased heating, which does not include the additional effect of increased frequency associated with harmonics, will overheat the insulation of the primary and / or secondary windings, causing damage to the internal transformer winding.

Outcomes
Many end users are familiar with surge protection and therefore use surge protectors and / or surge arresters, but many do not fully account for the high harmonic currents of new or added loads.
The first step in designing or modifying an existing power distribution system to connect new loads is to simulate the electrical system to accommodate the harmonics of those loads. It is also highly recommended that you measure the actual current harmonics that exist and, after connecting new loads, measure the actual current harmonics again.
If changes are made to an existing power distribution system, you can carefully add new loads and then immediately measure the harmonics resulting from these new loads. We hope that the transformer supplying these new loads will not fail a few days after these loads are connected.
Once the harmonic levels are determined, you must disconnect them from the transformer and determine your next steps. The solution can be different, for example, install harmonic filtering or connect the transformers in such a way as to suppress harmonics, or replace the transformer for harmonics.
Another option to support long term diagnostics is to install a permanent harmonic meter. If you have a transformer failure and have not changed the new load types discussed above, then harmonic analysis should be part of the root cause analysis. As an example, the IEEE 519-1992 standard states that the total harmonic distortion of a voltage waveform provided by an electrical or electronic device cannot exceed 3% of an ideal sine wave. To ensure that harmonics are not generated by this device, a measurement must be made on site. This location could be, for example, the point where the utility and facility wiring meets (usually at the meter). If the voltage distortion exceeds 3%, the utility must provide some form of harmonic mitigation to correct the problem.